Using a pre-existing brand to design

During several years I worked for Primary Care Recuitment, a company specialized in medical recruitment. Being a small/medium sized company, among other duties, I was in charge of most of PCR’s graphic design. The company already had a corporate branding. This conditioned the design, not like some of my other projects. Because of this, I mainly used the logo colours (red, white, light green and grey) and the font for the first projects.

Most of the time in PCR I designed flyers and ads. In most cases I followed the same principles; I used of the company colours in simple designs, though letters or simple drawings. With these simple designs, following the “less is more” that I like so much, I managed to catch peoples attention while maintaining the company brand.

In second place you can see the logo I designed using the old one as reference. The old logo is in  the bottom part of the flyers and posters. Most of all, the idea was to simplify  and make a more modern design, also introducing the new company motto. Playing with the company font and  colours I designed two different versions. The first one for dark backgrounds and the second for light ones.

Lastly, apart from PCR’s graphic design, I produced my first semi-professional videos. Despite not counting with the best equipment or conditions, the result was quite satisfactory and introduced me to my passion: video production. I produced 8 videos for PCR in which my colleague Jeannie explained everything about the company and the candidate’s job interviews. Nowadays the YouTube channel has almost 2.000 subscribers (even though I did not produced any no new content since these videos) and the most watched video has around 50.000 views, despite not covering a popular subject. 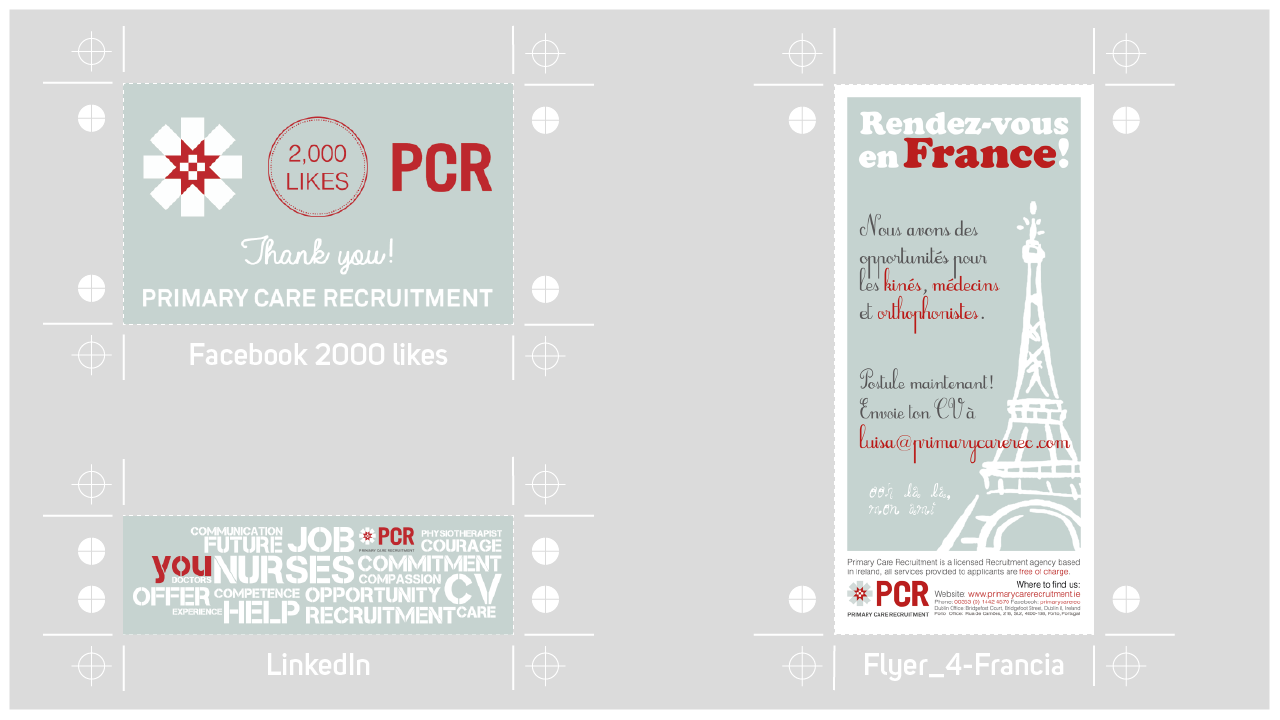 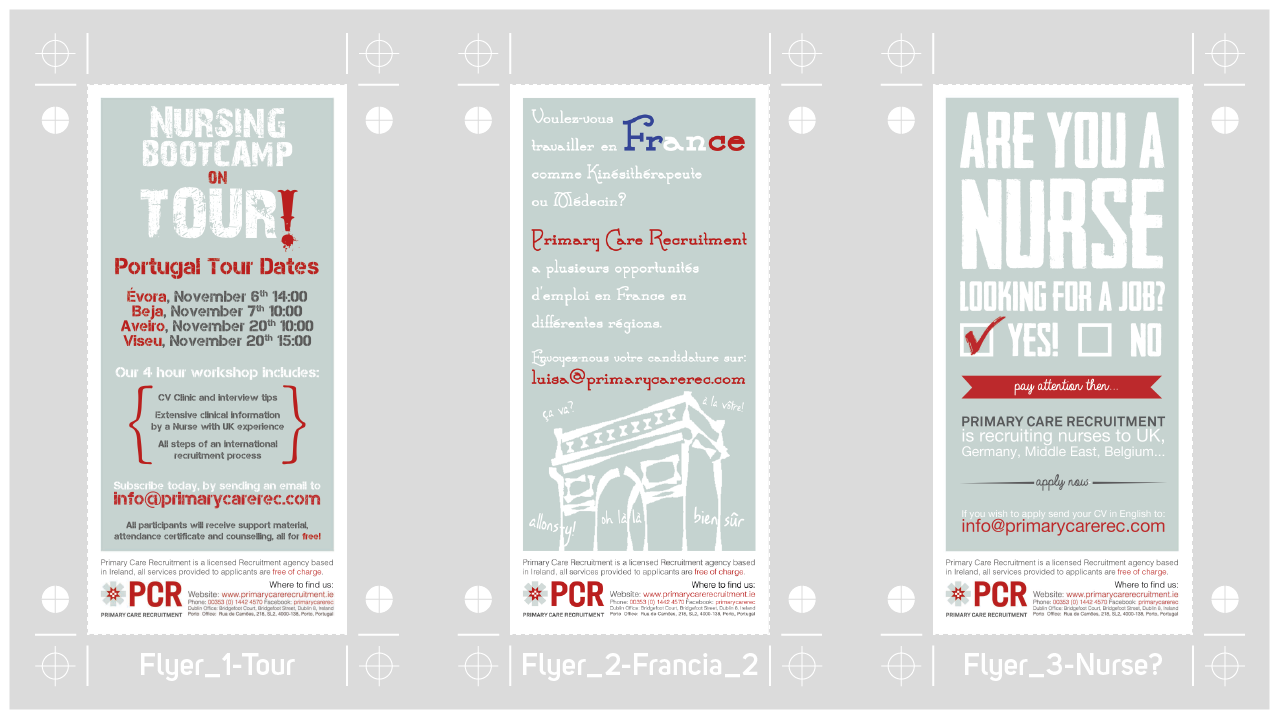 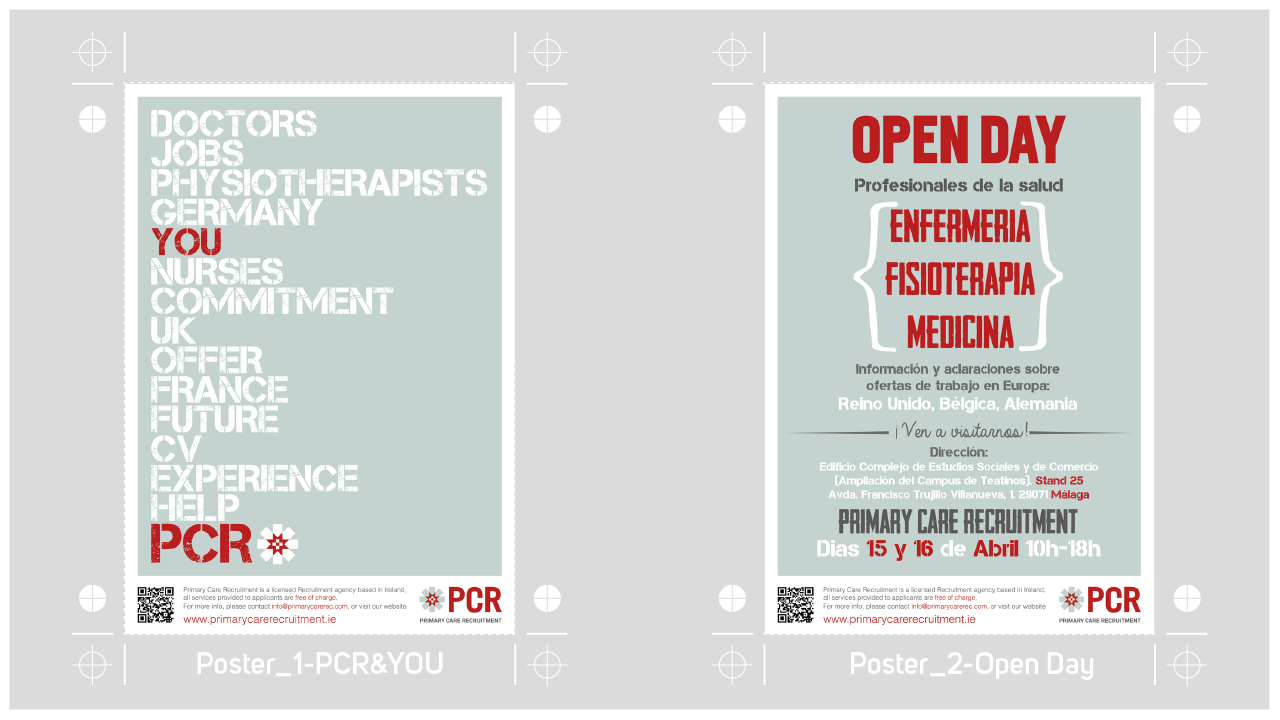 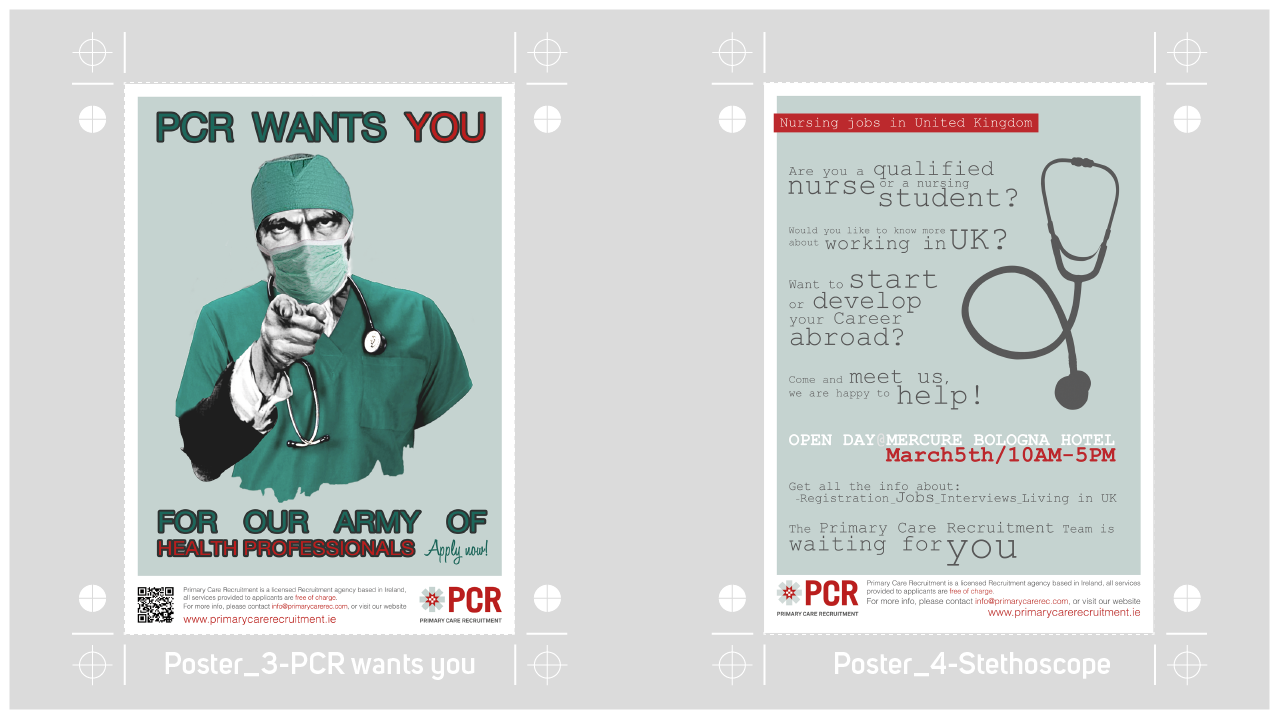